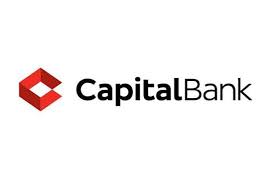 CFO of defunct Capital Bank ordered to appear in court

The court order presided over by Judge Eric Kyei Baffour came after the Reverend Fitzgerald Odonkor, former chief executive of Capital Bank, through his lawyers, requested the court in April this year to subpoena Mr Niikoi.

Court of Appeal Judge Eric Kyei Baffour, sitting with additional responsibility as a High Court judge, ruled on Thursday: “As the third defendant (Reverend Odonkor) has already served a subpoena in court, but his appearance was uncertain, I hereby order that the subpoenaed witness appear in court on July 28, 2022.”

“The case is therefore adjourned to July 28,” the court said.

Responding to questions at the end of cross-examination by the state, Reverend Odonkor, the third defendant in the case, told the court that all investments of money with Nordea Capital by Capital Bank were supported by written requests and the issuance of certificates. .

“It is not possible for me, in my capacity as general manager, to request the issuance of a treasury note by simple telephone call or without any supporting document.”

Rev. Odonkor said that all transfers were duly recorded in the books of the Bank and review reports also covered placements.

“It is the responsibility of the Treasury Department to ensure that all investments duly made by the Bank are properly recorded.”

Reverend Odonkor denied ever asking a certain Dr Bart Williams, a witness, to issue a GHC20 million commercial paper to a company known as Britlin Services.

Reverend Odonkor is on trial along with two others in the GHC620 Million defunct Capital Bank case.

The defendants are on trial for allegedly conspiring and stealing GHC 620 million in cash support offered by the Bank of Ghana to the Bank.

They have denied the charges and are currently out on bail.