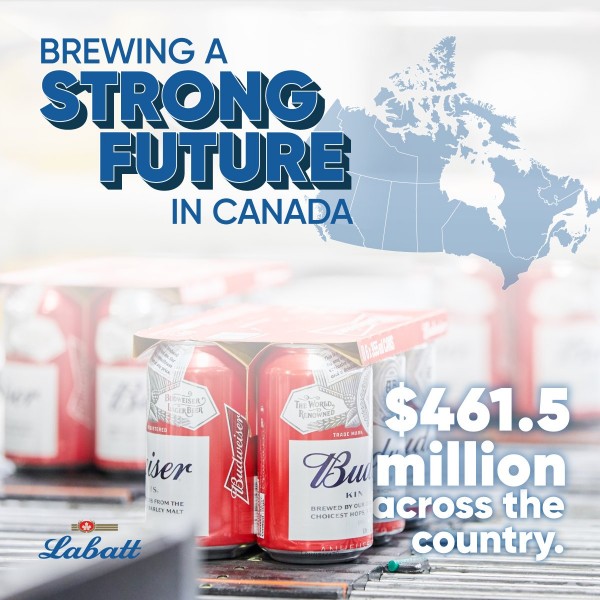 TORONTO, ON – Labatt Breweries of Canada – a division of the multinational brewing company AB InBev – announced the details of the investment of “$ 461.5 million as part of its investment program focused on sustainability, innovation and production improvements that will have a significant impact on its breweries and operations across the country â€.

Investments and initiatives currently underway and planned across the country under the 2019-2022 Capital Program include: