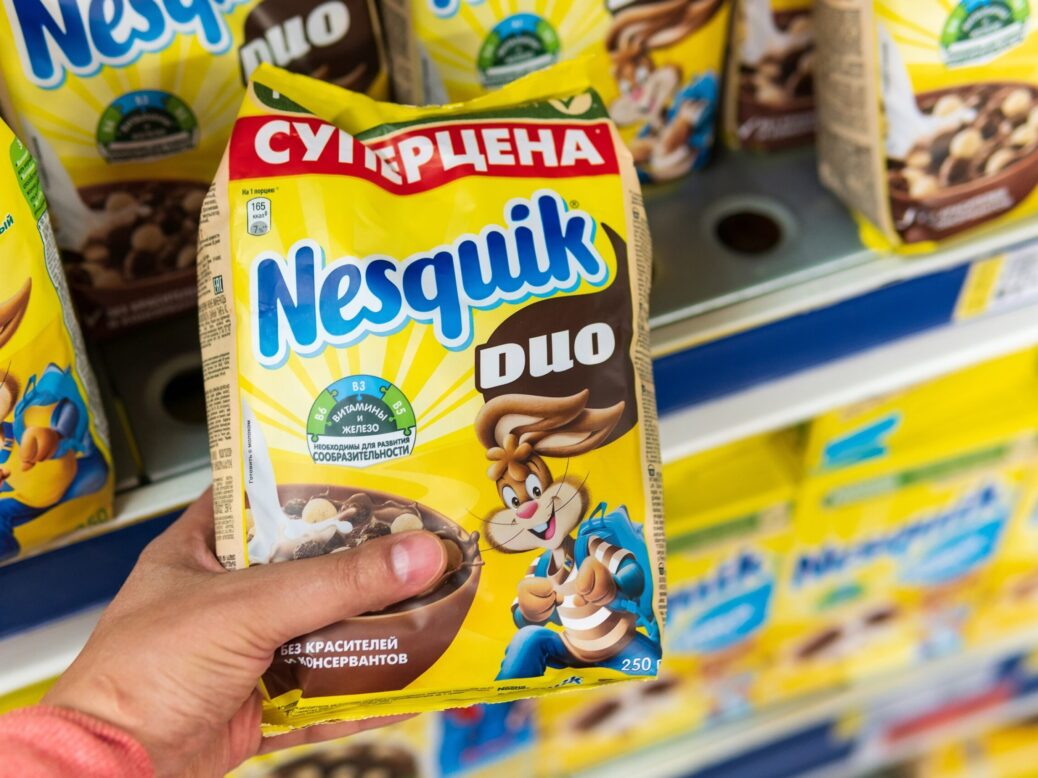 Nestlé suspended its investments in Russia following the invasion of Ukraine.

The world’s biggest food company said in a statement today (March 9) that it has also withdrawn all advertising activity in the country.

But yoghurt Ski and chocolatier KitKat will continue to sell “essential” food products in Russia.

He said: “As a food company and employer, we also have a responsibility to the Russian people and our more than 7,000 employees – most of whom are locals.

“We will continue to ensure a reliable supply of safe and essential food products to the local population of the country. Our diverse range of food essentials includes baby foods and breakfast cereals. We have always stayed the course – even during difficult times – to serve the local populations who need it most.

A series of food manufacturers have either withdrawn from Russia or suspended exports and operations as the conflict in Ukraine reaches its fourteenth day.

The Swiss-based company’s move follows similar moves in the past 24 hours by other food makers, including PepsiCo and Unilever, which have scaled back business in Russia while maintaining food sales there. “essential”.

Arla Foods, one of the largest dairy companies in the world, will cease operations in Russia. The Denmark-based cooperative said on Monday that it had “started preparations to suspend its activities in Russia”.

Finnish group Fazer left the Russian market after initially taking a first step by suspending exports of confectionery, cereals and bakery products last week, when its Finnish counterpart Raisio made the same decision.

Data, insights and analysis delivered to you
See all newsletters
By the Just Food team
Subscribe to our newsletters

Another Finnish company, food and drink supplier Paulig, has announced plans to “pull out” of Russia, where it owns a coffee roastery and employs around 200 people.

Yesterday, Andrey Turchak, secretary of the General Council of United Russia, the country’s largest political party, proposed nationalizing the factories of foreign companies that decided to leave the country following its invasion of Ukraine.

In a statement published on the United Russia website, which mentions Valio, Fazer and Paulig by name, Turchak said: “United Russia proposes to nationalize the production of companies that announce their exit and the closure of production in Russia during of the special operation in Ukraine. .

“It is an extreme measure but we will not tolerate stabbing in the back and we will protect our people. This is a real war, and not against Russia as a whole, but against the citizens. We We will not look on it indifferently. We will take severe retaliatory measures, acting in accordance with the laws of war.”

Nestlé halted its operations in Ukraine on February 24, the day President Putin ordered Russian forces to move into Ukraine. Last Thursday, cereal maker Nesquik said it had resumed limited operations in the country.

For more of Just Food’s coverage of how the dispute is affecting the food industry, please visit our dedicated microsite.