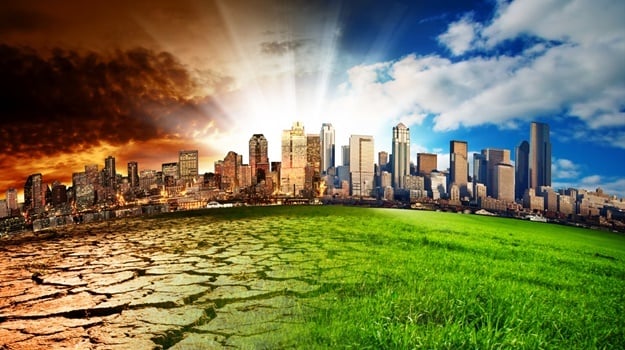 SA’s just transition may require a capital investment of Rand 4.4 trillion over 30 years

To transition to a low-carbon economy, South Africa has an estimated capital requirement of $ 300 billion (roughly Rand 4.4 trillion) over three decades, most of which is earmarked for expansion. rapid renewable energy.

This is what Amar Bhattacharya, principal researcher at the Center for Sustainable Development of the Brookings Institution think tank, says.

Bhattacharya, former director of the Intergovernmental Panel of Finance Ministers and Central Bank Governors of Developing Countries – Group of 24 – spoke on Friday at a Presidential Commission climate change dialogue on just transition financing . Bhattacharya previously worked at the World Bank.

Bhattacharya explained that for a just transition, a full and long-term financial package is needed.

“In the case of South Africa, in particular, as I understand it – the orders of magnitude we are talking about are investment needs in the order of [$]300 billion over the next three decades, “he said.

In order to reduce emissions and help prevent global temperatures from rising above 1.5 degrees Celsius, coal-fired electricity must be phased out and there must be a transition to renewables.

Investment in renewable energy is estimated at around 250 billion dollars (around 3.6 trillion rand). While important, it could generate development dividends, Bhattacharya said. It is expected that all areas of the economy will be electrified – such as transport, agriculture and households – and that electricity will be generated by renewable energy, a better option than coal and the associated emissions.

â€œThe demand for electricity will increase and we have to make sure that all demand is met by renewables,â€ Bhattacharya said.

Another element of the transition is to put the power company Eskom, with a debt burden of over 400 billion rand, on solid footing. Eskom faces operational challenges as its factories have been affected by unplanned outages. Over the past week, he implemented power cuts and made repairs to the system to avoid power cuts for the November 1 municipal election, Fin24 previously reported.

In support of a just transition, the utility is not planning any new investments in coal projects. It has a pipeline of renewable projects – and a planned expansion of its transmission and distribution networks – that could cost around R400 billion. It has set up a financing facility for the just energy transition in order to attract concessional financing for this purpose.

Foreign lenders have expressed interest in the facility because of its simplicity, according to Mandy Rambharos, head of Eskom’s Just Energy Transition Office.

Nationally, South Africa cannot bear the cost of the transition on its own, Bhattacharya said. There must be a commitment from the international donor community to provide concessional resources, necessary to finance the transition, he added.

â€œThere is the issue of climate justice, the shows over there weren’t put there by the developing world,â€ Bhattacharya said. Reducing emissions quickly comes at a cost and it is fair to ask the international community to help “share the burden,” he said.

So far, developed countries have pledged to provide $ 100 billion per year by 2020, but are not even meeting that commitment, according to Forests, Fisheries and Environment Minister Barbara Creecy. Instead, rich countries should raise $ 750 billion, Creecy said previously.

Managing the fair cost of the energy transition will mean that the $ 100 billion commitment will be honored, concessional finance provided, and development finance institutions and other public finance deployed to reduce downside risks. investment environment and attract more private investment, he explained.

In turn, South Africa would engage in actions aligned with its own development path.

Speaking in a virtual stakeholder discussion on the UN climate change conference COP26, to be held later this month, Creecy explained that envoys were informed that South Africa is a heavily indebted developing country that cannot be added â€œwilly-nillyâ€. to this burden.

For this reason, the country seeks a combination of financing solutions such as donor financing, concessional financing or private sector investment.

â€œOn mitigation, what South Africa is proposing is absolutely the perfect example for funding support from the international community,â€ Bhattacharya said.

“We insisted that developed countries be up to the task in terms of funding,” he said.

Bhattacharya said it is also possible for developed countries to increase bilateral climate finance. “We believe that an important component of this needs to be devoted to climate change mitigation. South Africa should be a target country for this.”

According to the Presidential Commission on Climate Change, the transition in South Africa will have to address the decarbonization of the electricity sector, the chemical and coal sector into liquid petroleum, the development of electric vehicles and the hydrogen sector. , the expansion of solar PV and wind power, the expansion of the electricity grid, as well as the establishment a just transition fund aimed at mitigating the negative impacts of the transition on workers and communities.