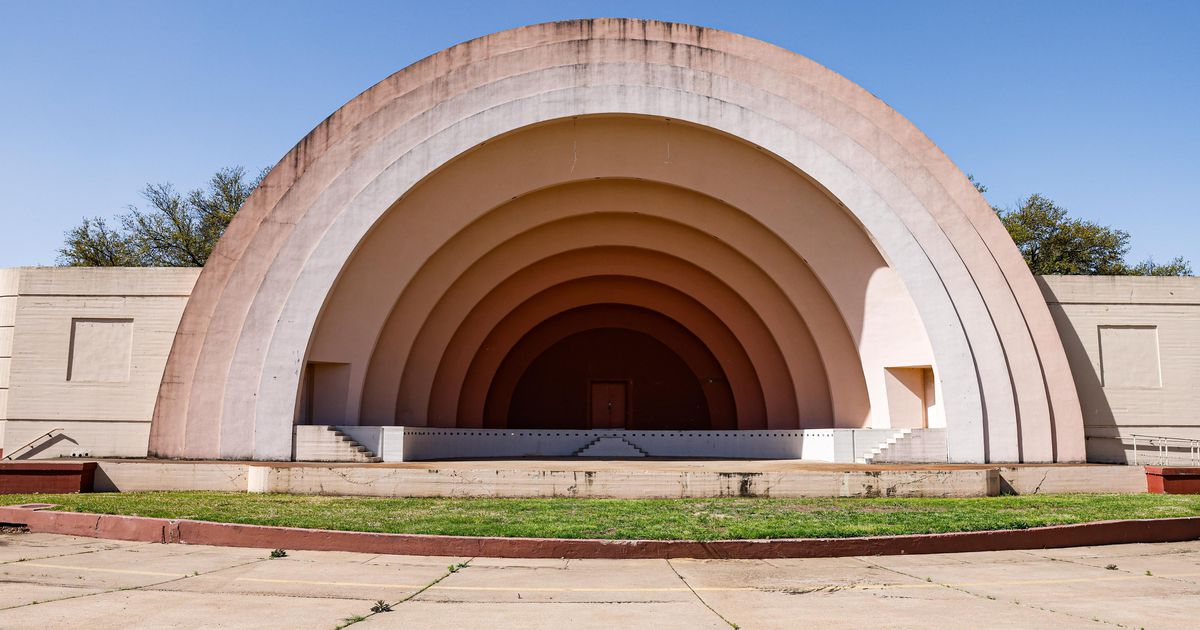 The Dallas Park Board of Trustees has officially sprinkled sugar atop a new funding mechanism as the city races to enter the November ballot — a unique proposal to provide funding for both rebuilding a convention center and Fair Park renovations.

The unanimous vote of the Board of Trustees at all six Fair Park sites to receive $250 million in capital improvements — if voters say yes — is an important next step in reinvigorating the future of this historic gem.

Some of this National Historic Landmark’s most broken amenities are on hand for the restorative boost: the Cotton Bowl, Fair Park Coliseum, Band Shell, and Music Hall, as well as the exhibition spaces in the building of the automobile and Centennial Hall.

Next is the city council’s vote on the council slate, tentatively set for April 27.

The dollars earmarked for Fair Park are a sweetener for would-be voters – but only a slice of the financial pie is primarily intended to pay for the $2 billion dismantling and rebuilding of the Kay Bailey Hutchison Convention Center, which the board approved in February .

But the $250 million tranche also represents the largest capital investment ever in Fair Park, which, even after receiving $50 million in bond dollars in 2017, needs tens of millions more in infrastructure aid. .

In the immediate term, with announcements expected in the coming months at football venues for the 2026 World Cup, the money would allow the Cotton Bowl and the exhibition spaces used for the broadcast center to meet international expectations.

The money would also help ensure that Fair Park, whose many iconic buildings were erected for the 1936 Texas Centennial Exposition, gets the green light to host our state’s Bicentennial celebration in 2036.

For example, the funding would restore the murals and bas-relief carvings on the buildings along the Esplanade – a vivid and stylized work originally designed to lift the spirit of the city out of the depression. Equally critical, Fair Park would have money to rebuild the walls that are crumbling under art.

Even if you don’t care about Fair Park or the city’s convention center, here’s what you’ll want to know: Dallas residents won’t be footing the bill for either of these plans. Neither does the city’s general budget.

With voter approval, Dallas can generate those dollars through a 2% increase in hotel resort taxes, courtesy of the state’s recently amended Brimer Bill. State lawmakers first passed this legislation in 1997 as a funding mechanism for the city to build the American Airlines Center. The tool proved so effective that his 30-year bonds were redeemed in half the time.

Austin’s 2021 amendment to Brimer now extends the funding mechanism – for the first time – to some of Fair Park’s attractions. Under the deal reached last year, 80% of the hotel occupancy tax increase would go to renovating the convention center and 20% would go to Fair Park.

“The people of Dallas aren’t paying a dime for these two transformative projects,” park board chairman Arun Agarwal told me before the vote. “This is a tax on visitors, tourists and business people, just like we pay taxes when we visit their cities.”

Even those of us who are more passionate about Fair Park than the convention center can’t miss a sad similarity. Both have been ill-served by the duct tape solutions applied over the years to fix whatever’s on fire right now rather than decision-making based on a blueprint.

The park board chose its six potential Brimer beneficiaries in accordance with the amended law. Museums are excluded, but facilities offering music, sports and public exhibition spaces are permitted.

Another consideration was the give-and-takes that are still part of public financing: the Brimer finance pipeline, with the first bonds likely to be sold in November 2023, will shut down other revenue streams until the bonds are redeemed. .

That’s why Fair Park First, the nonprofit manager of the city’s iconic 277-acre park, recommended that the final list include buildings with the greatest need and the greatest ability to generate attendance.

“This, in turn, benefits the entire campus and allows us to use other funding for buildings not included in this list,” Fair Park First CEO Brian Luallen told me.

Rough estimates give the Cotton Bowl about half of the $250 million and the other half split fairly evenly among the remaining five venues.

Fair Park First has hired Overland Partners, a master planning firm, to carry out a comprehensive scoping assessment that will guide the final allocation of funds between the buildings. Luallen’s team, meanwhile, is working with tenant organizations to assess other projects, starting with the African American Museum and the Texas Discovery Garden, which need dollars.

While Luallen’s team advises on financing Brimer, Fair Park First’s top priority remains raising private funds to deliver the 14-acre community park along Fitzhugh Avenue in 2024. It is the former site of dozens of homes of black residents who lost their longtime property in 1970 to a mock eminent domain by the city.

Luallen says that when potential donors ask, “What is the city doing to help Fair Park? he points to the Brimer funding item making its way to a vote.

The city council has until August to call the election, but Austin needs the official language of the ballot as soon as possible so the state comptroller can approve it first. This is the reason for the urgency of prompt action by the council and the park board.

The six buildings nominated by the park board to be on the ballot alongside the convention center all suffer from structural and mechanical deterioration. Bad roofs and lack of modern electrical wiring are common to many.

Just a year ago, an entire bathroom collapsed in the Cotton Bowl, Luallen said, noting that the stadium has nearly tripled fan capacity without similar expansions in restrooms and concession space.

“Everyone knows it takes forever to get a beer and a nerdy dog,” Luallen said. “We need to make the Cotton Bowl more efficient and more comfortable.”

In addition to an upgraded lobby, fan suites, or perhaps a club level, are also on Fair Park First’s wish list to attract more top-tier concerts and to enhance the fan experience.

For smaller performances – and coinciding with an analysis by the city that it is sorely lacking in outdoor venues – the Band Shell would benefit from a top-to-bottom renovation. The Fair Park Coliseum, which just hosted its first major concert in more than 20 years, would add a hookup lobby, more restrooms and concessions.

The Music Hall, which Luallen said got far less than its fair share of bond financing, would upgrade its theatrical facilities to meet regional touring needs. For example, the behind-the-scene flight system, the device that allows scene crews to change scenes and scene effects, needs an overhaul.

While Brimer’s funding would cut the six buildings from other general obligation dollars, Luallen said other sources, such as the State Fair’s net revenue fund, could be used if costs exceeded the conservative estimate. of $250 million.

“These are things that have to happen and happen now,” Luallen told me. “These upgrades will lead to upgrades to everything in Fair Park.”

Park board member Calvert Collins Bratton, who during her tenure as president was the tip of the spear to secure the new funding option for Fair Park, told me after Thursday’s meeting. that she was grateful for the unanimous vote.

A yes vote in November, she said, will bring more success – more exhibitions, cultural events, sports games, concerts and theater productions. This, she believes, means year-round jobs and improvements to the fairgrounds and surrounding areas.

“Fair Park deserves to be restored to its former glory,” Collins Bratton said. “The Brimer Bill gives us a unique mechanism to do that.”