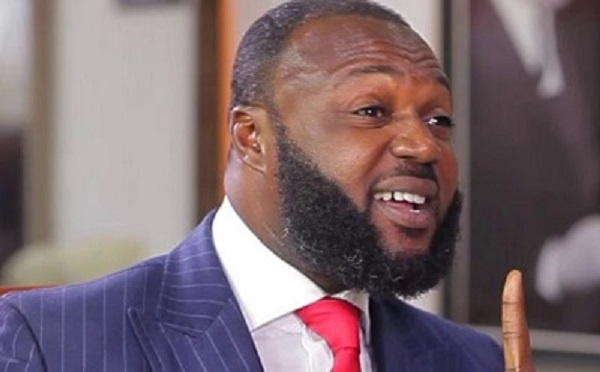 Your candidacy is only frivolous – Judge at Ato Essien

William Ato Essien is the founder of the defunct Capital Bank

The Accra High Court, hearing the case in which William Ato Essien and two others are on trial for their role in the collapse of Capital Bank, has dismissed a new claim by Ato Essien.

Ato Essien, the founder of the defunct Capital Bank, through his lawyers, has filed a request for a stay of proceedings pending the decision of an appeal to the Court of Appeal.

But Judge Eric Kyei Baffour, a trial judge who is also a judge at the Court of Appeal, dismissed the request as unfounded.

The court considered that, given the nature of the request, no serious court would consider it because no exceptional reason was invoked to justify its granting.

Filing the request for a stay of proceedings, lawyer Baffour Gyau Bonsu Ashia said the request was based on a June 9 trial court decision.

“We have before you a motion on notice asking this honorable court for an order to stay proceedings in this court pending disposition of an appeal from the decision of this court dated 06/09/22”,

While relying on the motion documents and supporting affidavits, the lawyers argued that a reading of their notice of appeal would show that they raised serious legal issues that need to be decided by the court. ‘call.

He also submitted that there are special circumstances justifying the granting of this request.

“The particular circumstance in this case is that the admission of the USB key containing the audio recording of the confrontation between the special investigation team and the first defendant (Ato Essien) will harm the defense of the first defendant”, a he asserted.

To that end, the lawyer requested the court to stay its own proceedings pending a decision on the appeal filed.

The prosecution, led by Ms. Marina Appiah-Opare, Chief Prosecutor, opposed the request and considered that the applicant had not demonstrated any particular circumstances justifying the granting of the request.

Judge Eric Kyei Baffour, after listening to the parties, dismissed the request as frivolous and baseless.

“I have reviewed the claim and heard from plaintiff’s counsel,” the court said.

“It is well established that a stay of proceedings pending appeal is a discretionary exercise of the inherent powers of a court and may be granted where the court is of the opinion that a claimant has demonstrated circumstances exceptional circumstances obliging a court of first instance to suspend its proceedings for a party to lodge an interlocutory appeal.

“A review of the nature of the claim and the depositions contained in the supporting affidavit and exhibits leaves any serious court with but one choice that the claim is nothing but frivolous, as Exhibit 31 which was admitted does not contain anything to suggest that the privacy of the first defendant was violated in any way,” the court said.

“The content shows that he was warned before speaking and that he spoke in the presence of a lawyer and a prosecutor.

“The allegation that the interlocutory appeal raises serious questions of law cannot be correct.

Therefore, the judge said, “I dismiss the claim as completely without merit.”

So far, the state has closed its case after calling 17 witnesses.

William Ato Essien, the first defendant, and Tettey Nettey, the second defendant, have both closed their cases.

The Reverend Fitzgerald Odonkor, chief executive of the defunct Capital Bank, is currently being cross-examined and is expected to complete his testimony before the end of June.

They all pleaded not guilty to 23 combined counts and were released on bail.